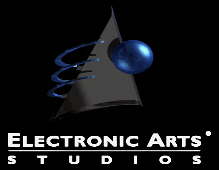 Three dimensional Flashback has finally arrived; thank you to Delphine Software International for making this dream a reality. As I first saw the hero in Fade to Black (Conrad), it immediately occured to me that he was the same man that I had seen in Flashback because of the color of the jacket, pants and, of course, the running shoes that he was wearing. I am sure that many Flashback fans were waiting for the three dimensional version; well, it is here now and it will carry on the legend of the classical Flashback!

The events take place in year 2190 AD. An alien race (Morphs) have taken control of our solar system. As most aliens are a little bit different than human beings, they possess the ability to transform themselves into any shape at will, isn't it fascinating! On the other hand, we have our hero Conrad who is fighting against these inhuman aliens with the help that he is receiving from John O'Connors. Conrad is the character which is controlled by the player and O'Connors is the one who is sending the messages and showing the way out.

The game starts in Conrad's prison cell where he receives his first message from O'Connors. From that point on, you start running through corridors and killing aliens. Before you start running, I strongly recommend the usage of the map (you can get it by pushing the "M" key). As an advanced player, I refused to use the manual to learn the keys and after spending a few hours I finally figured out that there was a map key which facilitated the game play much more than you can imagine!

Actually, there is a long story behind my discovery of the "M" key. When I was playing with the Infocell options - Infocell is the small box that gives you all the options about the sounds, the graphics resolution, controlling devices, saving and loading games, etc.-, I saw the mouse option (there is also keyboard & joystick) and started to wonder how the game could be played with a mouse, so I decided to check that out. The results were amazing! Not only did I find out about the map, I also discovered the options for walking and taking just one step. Before that I was always running like a wild horse!

At this very moment, I am convinced that we all are very excited about discussing the issues related to the Infocell. As I have stated before, it is a small box by which you can change the game options. First of all, you have the choice of selecting a level of difficulty. If you choose the Easy Mode, then your bullets do twice the normal damage, while the enemy's bullets do half the normal damage; in the Hard Mode it is vice versa. There is also the option for watching a demo which I consider to be very useful. Another option is the sound configuration and the graphics configuration. Three different resolutions are available; depending on the game speed, you might want to reduce the game resolution to have faster game play. Another choice for increasing the game speed is choosing Flat Shading instead of Gouraud. The game can be played by keyboard, joystick and (of course) mouse. In addition to all these options, there is the opportunity to play movie clips from the game and lastly you can go back to your DOS prompt by pressing Enter on the Exit Game option. That is all there is to know about the Infocell.

There is not much to say about the sound and graphics because they are absolutely fabulous, but still I feel compelled to explain why they are so beautiful. First of all, the music changes as the enemy gets closer which increases the testosterone level without even realizing and this leads to excitement and joy at the same time. The sound effects are very attractive, creating similar effects and complementing the music. The graphics are the real issue that I would like to discuss. As I was reading the technical stuff on the second page from the manual, I only read the parts that are irrelevant to what I am searching for, I was enlightened about the creation of the magnificient and truly smooth graphics. I do not see a better way to put it in words, so I would like to quote from the manual: "The amazingly fluid movements of the hero Condrac were obtained by using Rotoscoping, a technique that allows a movie-like animation of 24 frames per second." They also talk about the advanced technology in which they use infra-red cameras to "capture" the motion of a person who is covered with ultra-sensitive reflectors on his body. I think that is something and it really shows in the game as you can sense the smooth transition in the movements.

Fade to Black is one of these unique games in which everything is absolutely perfect. The sound effects are worth hearing and the smooth graphics are worth seeing and feeling. Concerning the players who are interested in playing the game, I strongly recommend watching the demo to get a better comprehension of the basic moves. Lastly, I would like the stress the need for reading the manual which will make the game much more exciting and please do not forget to use the map!